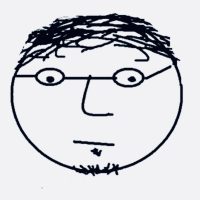 …And then I woke up…

Musings of a hostile therapist, writer, and teacher 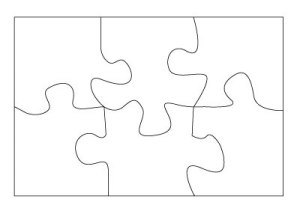 I was an impatient child, a fact that doesn’t surprise anyone who knows me now.  Putting jigsaw puzzles together was enormous challenge for me.  I would start optimistically by separating out all of the straight-edged pieces that would create the outside border.  Sooner or later, however, I would hit a piece for which I could not find a place. No, I mean that literally.  I would take the piece, put it where I wanted it to go, and hit it, hard with my fist, trying to press it into its chosen space. My mother was not so impressed with my skill.  She had an undying patience for things like water coloring, sewing, or putting together puzzles.  She finally tried to discourage me from beginning the puzzles since she knew they would only lead to my frustration.

My mother was cruel in other areas too.  In June of 1979, I learned that my private school had initiated a summer reading program.  The work was not mandatory.  Any reading and reporting would result in extra credit.  I complained to my parents.  I was outraged.  The summer was MY time, and no one had any business telling me how to use it.  My mother was less enthusiastic with my proposed boycott.  “You’re going into high school.  You may need the extra credit.”  I did summer reading.

She had a way of being sweetly direct.  When I suggested that I would one day be a medical doctor, she observed that medical school would be difficult for someone that didn’t even have the initiative to rake the leaves in the driveway.  (It was sweet in the tone she used to say it.  Southern women can do this, bless their hearts.)

These days I don’t meet many mothers  like mine.  I realize that I’m prejudice, but it is rare to find a mother who says to an administrator or teacher, “What can my child do to fit the requirements you have developed?” Most ask, “What are you going to do to change and meet the needs of my child?”  This is a logical step to take in a society in which government school in general convinces us that every child is owed an experience with A’s, affirmations, and adaptations that the school makes for the child.  I’m not against educational modifications for students that are not planning for post-secondary education; and I’m definitely not against accommodations for students with learning differences.

What is not in the best interest of the student is an expectation that the child does not need to adapt to his educational system because the system will adapt to him/her.  I recently read an article  discussing the process of acquiring accommodations for learning disabilities on the college level.  The author cited that many times the student with needs for these accommodations were shocked that they would not receive modifications to curriculum in the same way that they did when they were in his/her government school.

Imagine carrying this student expectation into the workforce.  Instead of saying, “What can I do to contribute to your companies?” the question becomes: “What are you going to do adapt to me and my work style?”  Millennials are becoming a stereotyped group already because of the reputation that they are entitled and expect immediate successes. Our parenting/coddling is creating a generation that not only fails in employment so that they have to return home to their parents, but that fails in relationships in which they focus on their rights and the partner’s responsibilities.

Once upon a time, people looked with respect on education.  Hard work was praised, and grades were real.  Wealth was applauded because it meant that someone at some time had worked hard. Then we started pounding the puzzle to make it accept the piece.

One thought on “Adaptation”